5 things I learned from my divorce 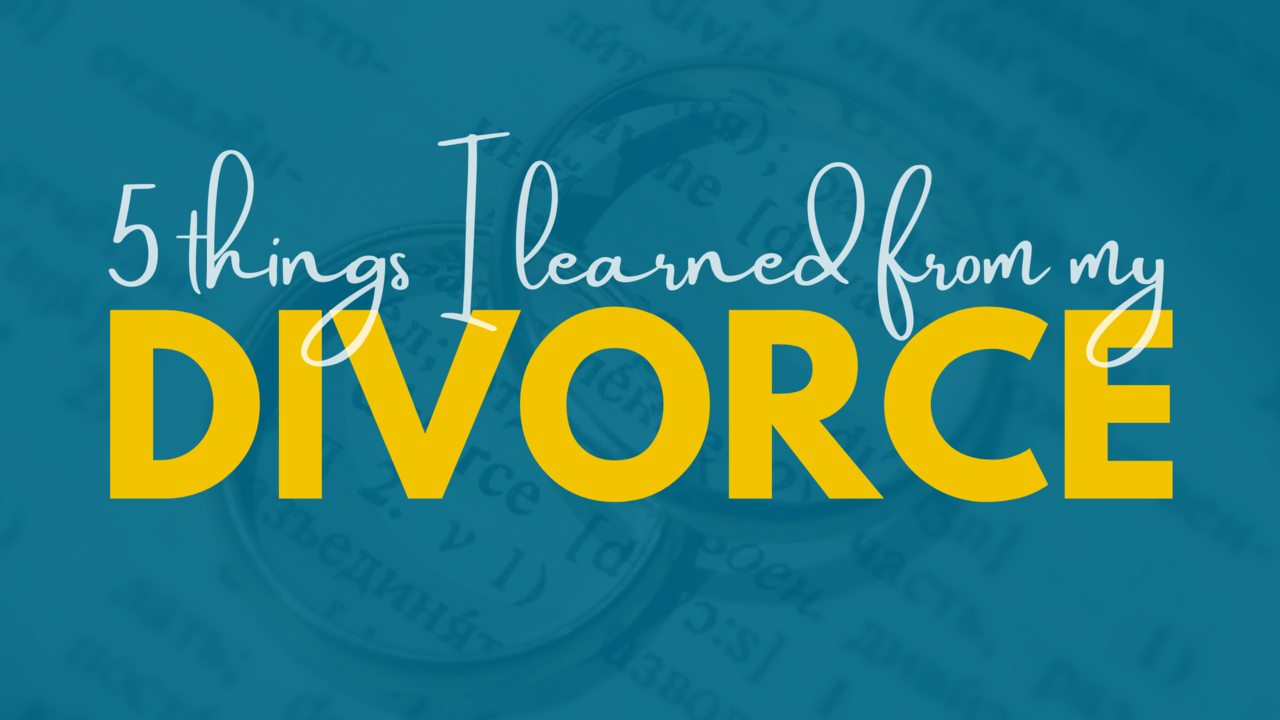 After fifteen years together and eight years of marriage, my husband divorced me because I didn't want to have children. At least, that's the story he settled upon.

On the surface, we were a power couple with a beautiful and unlikely love story. But a lot was happening behind the scenes. The details don't matter. Every relationship is more than meets the eye. Some of the problems I knew very well, others ended up being a complete surprise. What's important is that things weren't right and hadn't been for years.

Ultimately, it was he who took action, and now I thank him for it. I can't remember a more painful experience, but the life lessons I learned are priceless.

Lesson 1: Beware the sunk cost fallacy – especially in what you hold most dear.

I learned about the sunk cost fallacy years ago from reading Freakonomics. You may not have heard of it before, but it's a mistake we all make. It's why so many people struggle to leave bad relationships (and all sorts of other bad situations).

There comes a point in every failed endeavor when the people involved know that success is likely impossible. They've invested resources like time, money, effort, and emotion. But they don't want to admit defeat, and they don't want to feel like their efforts were a waste. That's the rub. If the endeavor is doomed to fail, the cost is already sunk.

Yet, the more they've invested, the more likely they are to invest even more resources hoping things will turn around. It's foolish, and anyone on the outside can see it. But the people making the choices are trapped on the inside. 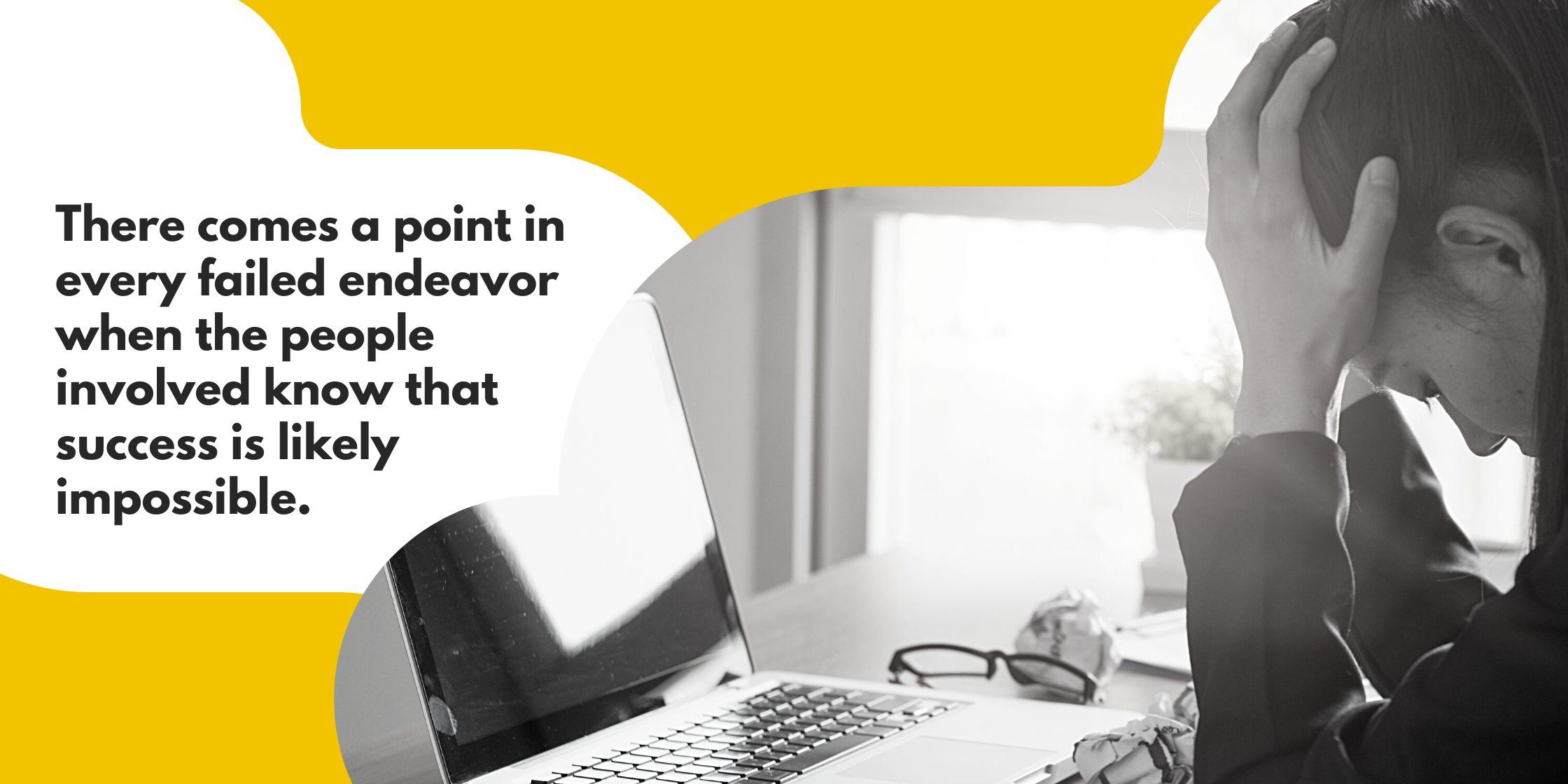 I had friends, family, and therapists warn me that I was throwing good love after bad. But I didn't listen. I loved him so much. I loved our story. I loved our potential. I didn't want to believe I'd wasted so much of my life on someone who wasn't right for me. I wanted to believe that if I tried harder, tried differently, or made more compromises, it would be ok. Then it'll all be worth it, right? The sunk cost fallacy had me in its cold grip.

I won't abide a crap relationship ever again – even if the sunk cost is painfully high. Neither should you.

People in successful relationships compromise all the time. Compromise is an essential mark of a healthy relationship. When partners practice healthy compromise, they alternate in saying, "You're worth it." It's a powerful way of showing love.

In imbalanced relationships, compromise is more one-sided. One partner says, "you're worth it," hoping the other partner will appreciate the sacrifice and reciprocate later. But the reciprocation doesn't come the way it should. Instead of saying, "you're worth it," the partner says, "This is more important than you are." If this imbalance persists for too long, the compromising partner will start to believe they simply aren't worth compromising for.

That's when compromising becomes settling. Compromise is the result of an active negotiation between two equal parties. Settling is a passive result of one party believing they don't even deserve to sit at the negotiation table. 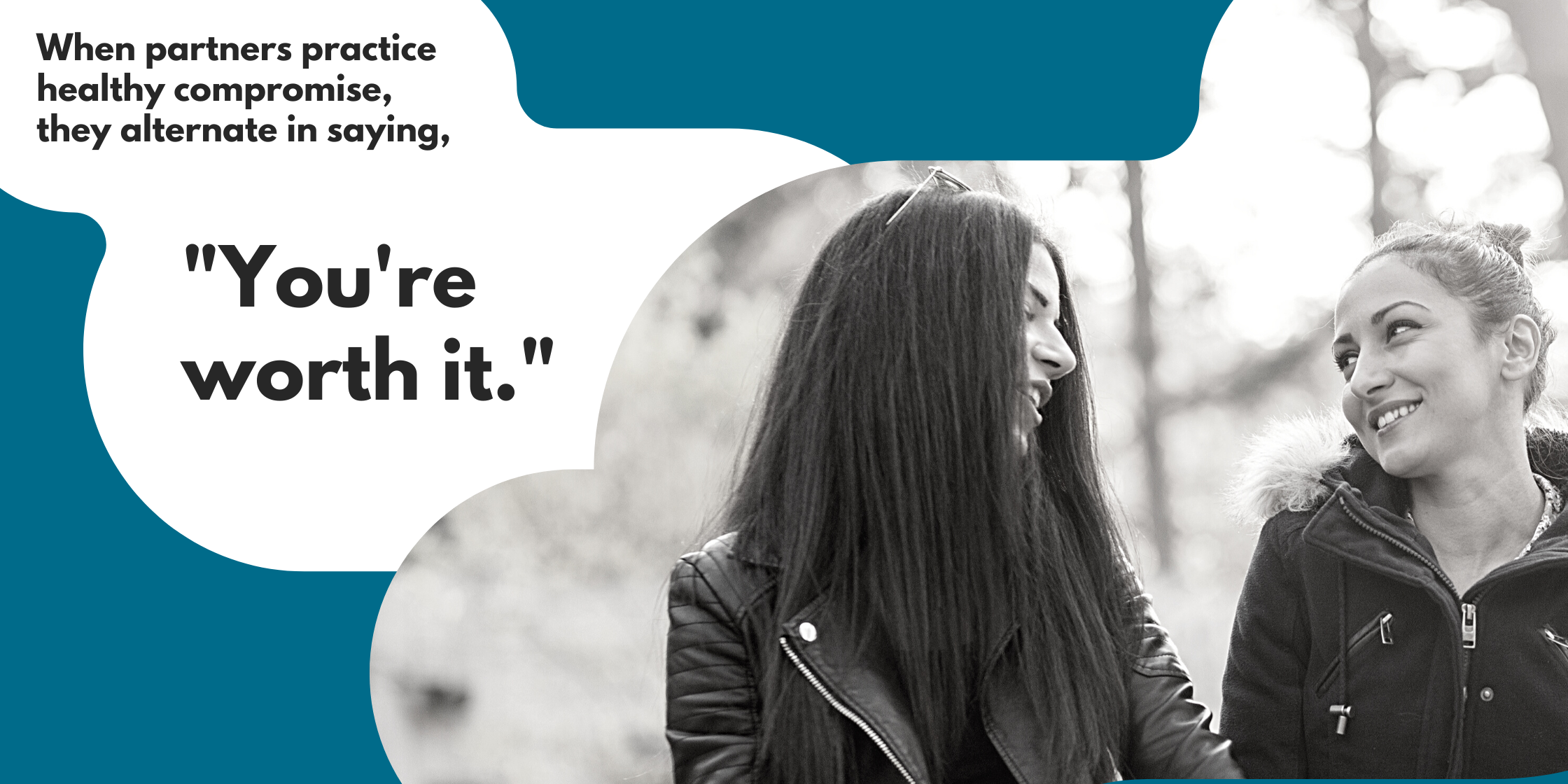 Toward the end, I was convinced I was making healthy compromises for the sake of my marriage. But I was settling. I wasn't joyfully making a sacrifice for the man I loved. I was giving up on things I cared about because I didn't think I deserved them anymore.

I'll practice healthy compromise, but I won't settle in my relationships ever again – even if it means walking away. Neither should you.

Lesson 3: Don't let shame keep you from asking for help.

I was in a total shame spiral. Shame makes you isolate. It makes you think less of yourself. It makes you see yourself as profoundly undeserving. It makes you afraid to use the most powerful thing in a mental health toolkit: your support system.

Shortly after he filed for divorce, I had a straight-up nervous breakdown.
We had some well-established, deeply entrenched problems leading up to the divorce. I wasn't blindsided by his decision to file. It wasn't those that sent me over the edge. It was The Surprise. 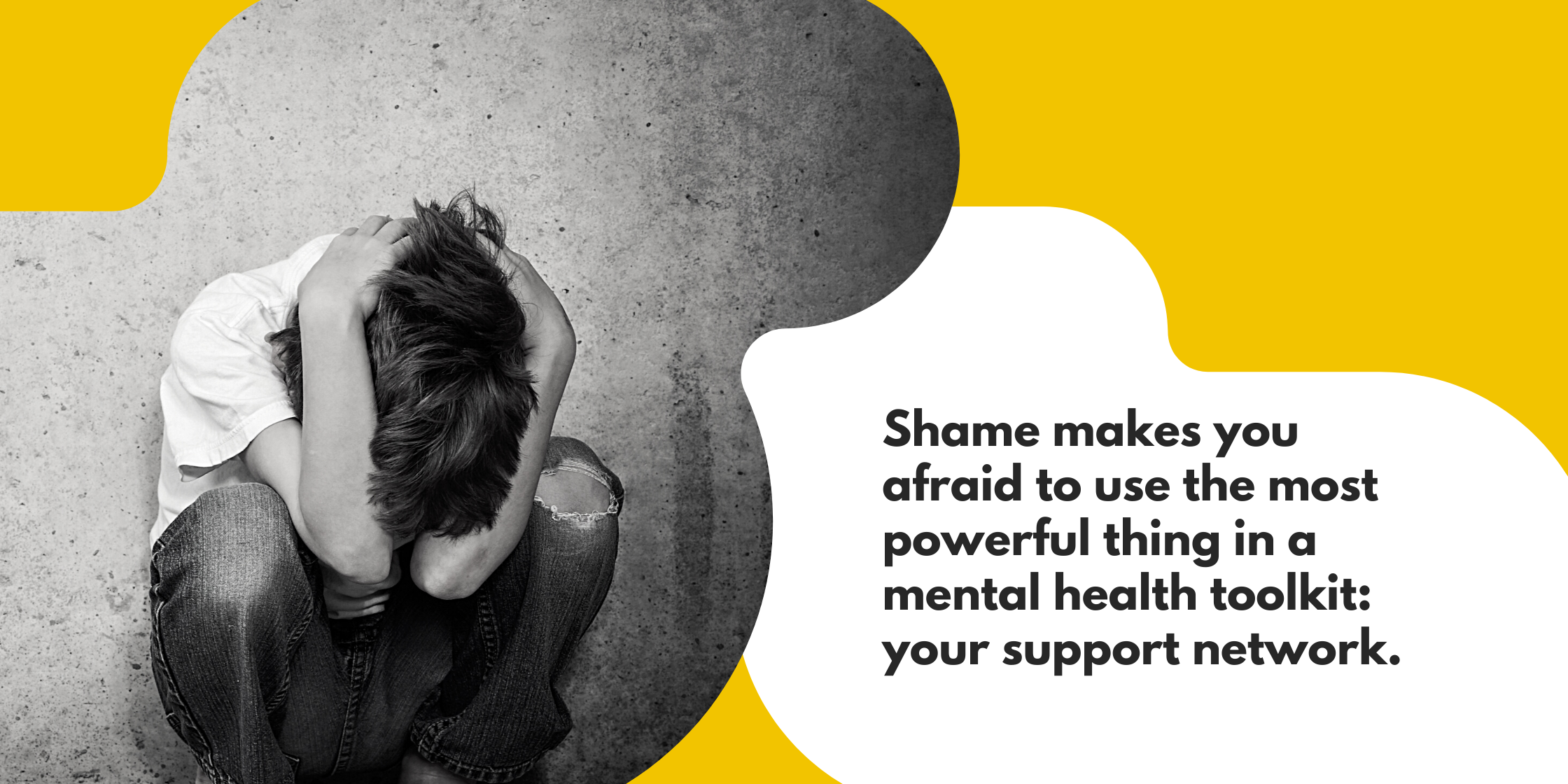 Some burdens are too heavy to carry on your own. I could deal with the divorce, but the divorce plus The Surprise was just too heavy. I could no longer pretend I could do it on my own. I was buckling. I was forced to ask for help. Not doing so would have meant the end.

I couldn't believe how many loving, powerful, wise women came to my aid. They comforted, encouraged, supported, and loved me. They helped me believe I could overcome that dark chapter and emerge stronger, shining more brightly than ever before. They were right, and I owe them everything.

We have talked every day since I broke down a year ago. Supporting me helped them grow closer to each other too. I feel them with me all the time. I hear them in my head, cheering for me when I win. I can see them wagging their fingers at me when I doubt myself. I can feel them hugging me when I'm down. (I can see the memes and gifs they'd send me just for the lulz.)

Shame had me convinced I'd be a joke, a burden, and a bother. But my powerful squad of women supported me eagerly, with love and joy in their hearts. I had no idea so many people wanted to help me. I just needed to give them the opportunity.

I won't struggle in silence ever again – even if I'm embarrassed beyond words. Neither should you.

Lesson 4: You are worth prioritizing.

Women in relationships with men often put themselves at the bottom of their priority list. We're programmed by our biology to nurture and trained by our society to keep nurturing even when it hurts us.

Nurturing those we love won't always be enjoyable, but it should always be joyful. Meaning we give of ourselves because we choose to, not because we feel obligated or trapped into doing it.

There are many legitimate criticisms of me as a partner. We were together for 15 years. That's a lot of time to make mistakes. There were times when I chose myself when I should have chosen him. But, looking back, my default was to give. I gave and gave and gave of myself to my marriage. I thought that's what good partners did, and I hoped those efforts would be appreciated. 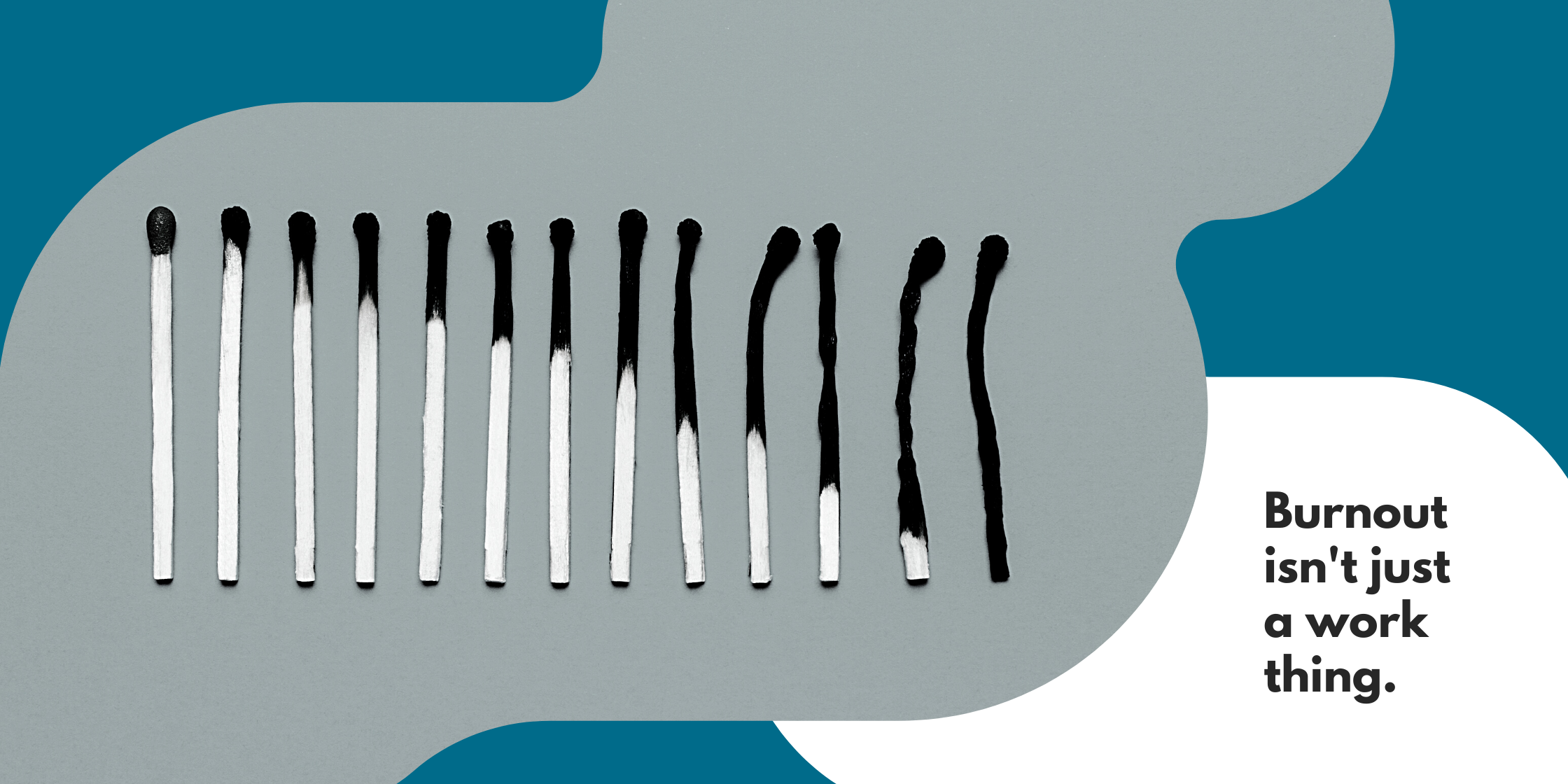 Giving is energizing when it's joyful. Doing something for the people who make you happiest makes you happy. Imagine planning a surprise party for your best friend. It's a lot of work, but it's joyful. Giving to your partner should feel joyful. If it doesn't, something is broken. If that broken thing isn't fixable, it's time to go.

I won't sacrifice myself for my relationship ever again – even if I'm head over heels in love. Neither should you.

Lesson 5: If you don't like your life, build a new one.

Going through a divorce feels like the end of the world. Because it is. Our marriages become our worlds. But a dead marriage is a world that needs to end so you can build a new one. One that fits your needs, preferences, priorities, and values.

If you're going through or recovering from a divorce, get to building. Get excited about building. It will be hard. It will be scary. You will hide and cry and panic and scream and lose sleep and have a million other difficult moments. But, eventually, you'll be ok.

Find the lessons in your marriage. Find the things to be grateful for. Be honest about where you did your best and where you came up short. Find yourself if you lost yourself. Reconnect with your values and priorities. Set new goals for yourself. Build.

I'm a divorced woman. My world ended, and now I'm building a new one for myself. You should too.

Sign up for the Work, Life, and Balance Newsletter to get three actionable, effective tips in your inbox each week to help you stop surviving and start thriving. 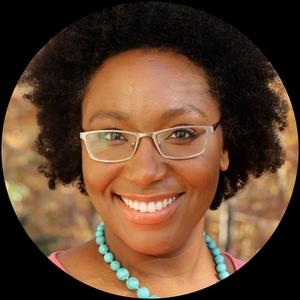 Phoebe is a life and career coach based in Washington, DC. Her multidisciplinary approach, The North Star Method, helps people transform their lives, their careers, and their productivity.

Are you frustrated and overwhelmed with juggling all your life's priorities?

Sign up for the Work, Life, and Balance Newsletter to get three actionable, effective tips in your inbox each week to help you stop surviving and start thriving.

I want to thrive!
Close

Sign up for the Work, Life, and Balance Newsletter.

Get three actionable, effective tips in your inbox each week to help you stop surviving and start thriving.